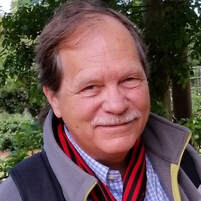 The High Desert Branch of the California Writers Club (HDCWC) will host a free presentation on “The Hero’s Journey” with famed author Christopher Vogler on Tuesday, December 21, 2021 at 6:00 pm via Zoom.  The public is invited to attend at no charge. Most writers have heard of the hero’s journey, and perhaps even read his book. Now you can get personal insights through this discussion with the man who wrote the book!Christopher Vogler is a veteran Hollywood story consultant known the world over for his landmark bookTHE WRITER’S JOURNEY: Mythic Structure for Storytellers, now in its 25th Anniversary Edition.  Vogler grew up in the St. Louis area, studied journalism at the University of Missouri, andbegan his career as a documentary filmmaker for the US Air Force’s space program.  After graduate studies at the USC film school, he entered the Hollywood studio system as a story analystat 20th Century Fox. While working in the Disney story department he wrote an influential memo on the mythological Hero’s Journey pattern that became part of Hollywood story legend, influenced Disney’s THE LION KING, and formed the foundation of his book, THE WRITER’S JOURNEY.As a consultant he has influenced the stories of many productions including Disney’sALADDIN, HERCULES, FANTASIA 2000; Fox’s FIGHT CLUB, THE THIN RED LINE, COURAGE UNDER FIRE, and for other studios 10,000 BC, KARATE KID II, Darren Aronofsky’s THE WRESTLER and NOAH, Will Smith’s FOCUS, HANCOCK, MEN IN BLACK III, I AM LEGEND, etc.He consults with major corporations on storytelling and branding and presents workshops globally on the power of stories to change minds and lives.
​
Following is the link to our Zoom meeting:
Join Zoom Meeting
https://us02web.zoom.us/j/86220784034?pwd=TThCMWhyc0FYbjRid1JmUnZiWit6Zz09